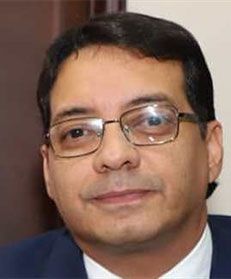 Jorge Quintero Quirós is a graduate in law and political science. He holds a diploma in mediation, negotiation and arbitration, and is a postgraduate in alternative conflict resolution methods.

Jorge previously worked at the Regional Government of Andalusia, and served as ACODECO’s National Director of Consumer Protection and Executing Judge from 2006 to 2009.

He was executive manager of legal advice at Banco Hipotecario Nacional from 2004 to 2006, and worked in the Regulatory Body of Public Services as a legal adviser on telecommunications, obligations and rights of users.

Jorge is a professor on the introduction to law course at the Columbus University of Panama. He is the founding partner of his own law firm and a member of the National Bar Association.