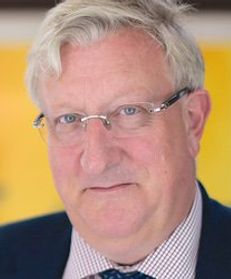 John Handoll is a senior adviser in European and competition law and the national practice head of competition law with Shardul Amarchand Mangaldas. He is a specialist competition and regulatory lawyer with extensive experience of 40 years, and has worked in a number of European jurisdictions – notably the United Kingdom, Belgium (EU competition law) and Ireland. Bringing his European and international experience to bear, he has worked with Indian lawyer members of the New Delhi competition team in relation to a number of matters before the CCI, Appellate Tribunal and the Indian courts. This has included advising on merger notifications (including multi-jurisdictional filings), antitrust (including cartel investigations and leniency applications) and alleged abuse of dominance. John has also advised a number of Indian and multinational companies on compliance programmes and on preparing for dawn raids. He has also previously acted as non-governmental adviser in the International Competition Network, working in the areas of mergers, cartels and unilateral behaviour. Widely acclaimed as a top practitioner of European and Competition Law by a number of international media and legal publications, John lectures and publishes widely; he is the author of two full length volumes: Capital, Payments and Money Laundering in the European Union (Richmond Law & Tax, 2006) and Free Movement of Persons in the EU (Wiley Chancery, 1995).