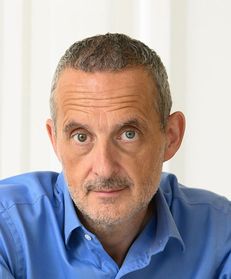 John Fingleton is the founder and chief executive officer (CEO) of Fingleton, one of the few advisory firms dedicated to strategic competition and regulatory advice.

Since founding Fingleton in 2013, John has provided trusted CEO counsel on a substantial number of deals, including many with the most complex and novel features. John’s advice is underpinned by his extensive experience across business, regulation and government. He has built a talented advisory team known for blending sage regulatory advice with innovative thought, in the most challenging of settings.

John is also a recognised thought leader in competition, regulation and innovation and is a frequent speaker on these topics, as well as contributing to significant policy developments.

John was previously chief executive of the Office of Fair Trading (now the Competition and Markets Authority), where he oversaw decisions on mergers and developed the UK’s policy on merger control. He has also run the Irish Competition Authority, chaired the International Competition Network and sat on the Competition Committee of the Organisation for Economic Co-operation and Development.