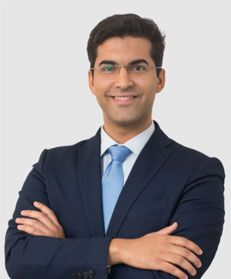 João Francisco Barreiros is an associate lawyer of VdA’s competition and EU practice, where he has been actively involved in several cases in a wide range of sectors (notably, telecommunications, energy, air transportation, banking and financial). He regularly advises clients on a broad range of competition subjects – including restrictive practices, abuse of dominant position, merger control and state aid matters – before not only the Portuguese Competition Authority and national courts but also the European Commission and the Court of Justice of the European Union. Before joining the firm in 2017, João was a Blue Book trainee in the competition law team of the European Commission’s Legal Service. He also worked in the Brussels office of Cleary Gottlieb Steen & Hamilton LLP, both as a legal consultant and as an associate lawyer. João has a law degree from Nova University of Lisbon and a master of laws in European Union law from the College of Europe, Bruges (Belgium). During his studies in Lisbon, he concluded a traineeship with the merger control department of the Portuguese Competition Authority.