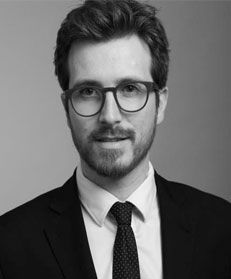 James is an associate at Herbert Smith Freehills LLP and his experience covers the full range of EU and UK competition law, including a number of high profile and complex matters. James has extensive experience of competition litigation both in the UK (High Court and Competition Appeal Tribunal) and in multiple other European jurisdictions (EU and EEA). His experience extends to advising on a number of technical legal issues, such as jurisdictional challenges, applicable law, limitation and the disclosure of leniency material following the implementation of the Damages Directive, collective proceedings in the UK, as well as pan-European defence strategy in the context of claims brought in different jurisdictions in reliance on a single European Commission decision. James is an employed barrister and has rights of audience in all courts in England and Wales; he has appeared in the High Court (Chancery Division and Queen’s Bench Division) and in arbitral proceedings. In addition to his competition litigation experience, James has advised on a range of transactional matters including mergers and potential mergers involving the Competition and Markets Authority, the European Commission and multi-jurisdictional clearance issues.