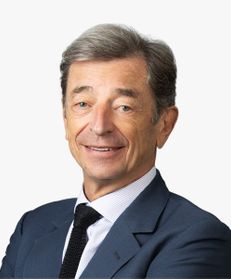 On the M&A side, Jacques advised Mitsubishi Heavy Industries in the restructuring of the French nuclear industry and acquisition of interest in Framatome and Orano as well as attempt with Siemens to bid for Alstom; Metsaliitto in its acquisitions and divestments in the EU; TUI is its acquisition of Transat France and Nidec in the creation of a joint-venture with Peugeot and Fujitsu in the acquisition of a French cloud company. Jacques also advised Arriva in the privatization of rail transport in France.

On the cartel side, Jacques coordinated the defense of NGK in the cartel investigation conducted by the EC Commission, the Department of Justice and the Canadian authorities. He represented Nippon Express in the freight forwarding investigation.

Jacques has been the President of the IBA (SBL) and sits on the board of the Sorbonne law school. He also teaches since 2001 at the Tokyo Law School summer program.