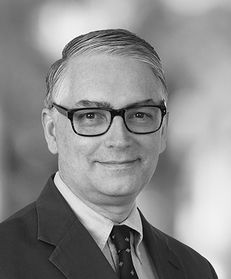 J. Mark Gidley chairs the White & Case Global Antitrust/Competition practice, which is the only such practice to have been named Competition Group of the Year for seven years by Law360.  In 2019, Mark was named “Competition MVP” by Law360 for the second time.

Mr. Gidley is among the most experienced lawyers in the US in trying criminal and civil antitrust cases, whether involving claims of price-fixing, monopolization, or arising from a merger.  His US trial victories include: wins over the US DOJ in Foreign Exchange case (criminal) US v Usher, Stolt I and Stolt II (criminal cartel/amnesty agreement), Ian Norris (criminal cartel/obstruction), and Sungard (merger) and AgriMark (merger); and trial victory over the FTC in FTC v. Schering-Plough (the first reverse payment trial in the US); trial victories over class actions and opt-out litigants (Toshiba LCD $2.7 billion direct purchaser class action; Toshiba LCD $2.4 billion Best Buy trial, Heveafil).  His cases have shaped modern antitrust law in mergers, cartels, monopolization, and pharma antitrust.

Mr. Gidley served as the Acting Assistant Attorney General for the US Department of Justice (DOJ) Antitrust Division in 1992 – 1993 with responsibility for all civil, criminal and merger matters of the Division.  Prior to that, he served as Deputy Assistant Attorney General for Regulated Industries in the Antitrust Division from 1991 – 1992, responsible for civil, criminal and merger matters in the telecommunications, energy, computers, intellectual property, and banking and finance industries.  From 1990 to 1991, Mr. Gidley served as Associate Deputy Attorney General under then Deputy Attorney William P. Barr, specializing in antitrust and violent crime issues.