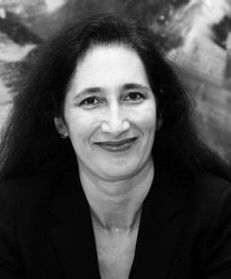 Isabelle de Silva was appointed president of the French Competition Authority on 14 October 2016 by decree of the president of the French Republic. She is a member of the French Administrative Supreme Court, which she joined in 1994 after graduating from École des Hautes Études Commerciales (1990), the Community of European Management Schools (1990), the Sorbonne University of Philosophy (1989) and École Nationale d’Administration (1994), the French national school for civil service. After serving in various positions at the Administrative Supreme Court, she became government commissioner at its second and then sixth chamber (2000–2009), and was later promoted to the rank of councillor of state (2009) and president of the sixth chamber (2013). She was an adviser to the Minister of Culture and Communications, in charge of the press and the radio (1999–2000), director of legal affairs of the Ministry of Ecology, Sustainable Development, Transport and Housing (2009–2011), and became a member of the sector regulator for press distribution in 2012. Isabelle de Silva is an officer of the French Legion of Honour, the National Order of Merit and the Order of Arts and Letters.