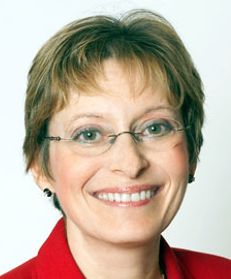 Mrs. Gotts previously worked as a staff attorney in the Federal Trade Commission’s Bureaus of Competition and Consumer Protection. Mrs. Gotts is an officer of the IBA’s Competition Committee. She served on the American Bar Association’s Board of Governors from 2015-2018, having previously served as the Chair of the American Bar Association’s Section of Antitrust Law. In 2006-2007, Mrs. Gotts was the Chair of the New York State Bar Association’s Antitrust Section, which recognized her service to the antitrust bar with the Lifland Service Award in 2010; she has been a member of the American Law Institute for over 20 years. Mrs. Gotts is a frequent guest speaker, has had approximately 200 articles published on antitrust related topics, and served as the editor of the ABA’s Merger Review Process book, Law Business Research’s Private Competition Enforcement Review (2008-2020 Editions) and Law Business Research’s Merger Control Review (2010-2020 Editions). She is a member of the editorial board of The Antitrust Counselor, Antitrust Report, and Competition Law International publications. Mrs. Gotts is a member of the Lincoln Center Counsel’s Council. BTI Consulting Group has recognized Mrs. Gotts as a BTI Client Service All-Star for her level of dedication and commitment to exceptional client service.