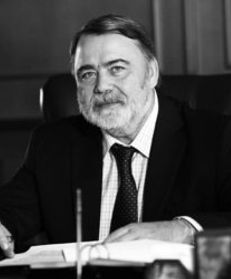 Igor Artemiev was born on 27 November 1961 in Leningrad. He graduated from the Leningrad State University’s faculty of biology. He went on to a higher level of study at St Petersburg State University’s faculty of law. Igor Artemiev is the author of 43 articles and patents, and seven budget and economy monographs. He is a candidate of science. In 1990, he became deputy to Leningrad Council and head of the Council’s commission for ecology and communal economy. In 1995 he was made head of the Council’s Commission for Communal Economy, and chair of the budget committee of St Petersburg Legislative Assembly. In 1996, Igor Artemiev was elected as vice governor of St Petersburg and the chair of the City Administration’s finance committee. In December 1999, he became deputy of the State Duma of the Federal Assembly of the Russian Federation of the third convocation. He was also made vice chair of the Russian United Democratic Party and vice chair of the committee for credit organisations and financial markets. Since 10 March 2004, he has acted as head of the Federal Antimonopoly Service (FAS) of Russia. He was appointed by Prime Minister Mikhail Fradkov’s Order No. 329. Igor Artemiev is a member of the government’s Commission for Control over Foreign Investments in the Russian Federation, the Commission for Administrative Reform and the Commission for Development of Competition and Support of Small Business. From 2006 until 2016, he chaired the Interstate Council for Antimonopoly Policy of the Commonwealth of Independent States; he has served as co-chair since 2016. He is chair of the FAS department, and professor at the Law Faculty of the National Research University Higher School of Economics. He carries the title of honourable economist of the Russian Federation, and has been awarded an Order of Service to the Motherland (fourth and third grades). He is married with four children.