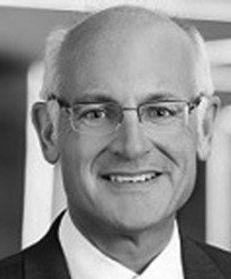 Henry J Kahwaty is a managing director with Berkeley Research Group’s Washington, DC office and co-head of BRG’s antitrust and competition policy practice. His areas of expertise include microeconomics, industrial organisation, antitrust economics and econometrics. He has completed antitrust reviews of mergers and horizontal and vertical contractual arrangements, and studies of monopolisation and abuse of dominance in the context of government investigations and private litigation. His merger work includes studies in metals, solid and hazardous waste, industrial products, avionics and pharmaceuticals, among others. He has analysed competition issues in industries including mining, luxury goods, banking, chemicals and gem diamonds. He has completed studies of vertical restraints and vertical integration, and the impact of such vertical relationships on competition. His work also includes analysis of merger efficiencies, price-fixing allegations, class certification and competition damages.

Dr Kahwaty has presented analyses to the US Department of Justice, the Federal Trade Commission, the Directorate-General for Competition of the European Commission, the Canadian Competition Bureau, the Competition Tribunal of Canada, the Competition Commission of South Africa and other agencies. He has prepared studies for the Competition Authority in Ireland. He started his career as an economist with the US Department of Justice, where he specialised in market power analysis for merger and monopolisation cases with a focus on the computer software, banking, manufacturing and defence industries. He spent 15 years as an economist, principal and director with LECG in both Washington, DC and London. He received his PhD in economics from the University of Pennsylvania in 1991.