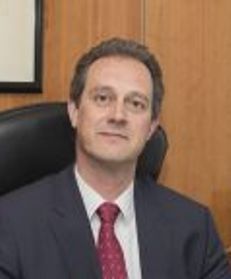 Helmut Brokelmann is managing partner of Martínez Lage, Allendesalazar & Brokelmann, SLP. He joined the firm in 1994 and became a partner in 2000. He has worked on cases involving Spanish and EU competition law, EU law in general, and regulatory law, across sectors such as telecommunications, media, pharmaceuticals, energy, transport, sports and distribution, both in administrative proceedings and in litigation before Spanish and European courts. Over the past 10 years he has devoted more and more time to follow-on damages claims. He has been ranked, without exception, among the best lawyers in the most prestigious professional rankings. Chambers 2019 places him as a ‘band 1’ lawyer, the highest rank available, and further states that: ‘The “very straightforward, business-oriented and very knowledgeable” Helmut Brokelmann advises important clients from the TMT, life sciences and energy sectors on a wide array of competition issues. His areas of expertise extend to follow-on damages claims and appeal proceedings, before both Spanish and European authorities. Sources further underline his “extensive knowledge” of competition law.’ Helmut was research and teaching assistant at the Institute of Public International Law of the University of Munich (1988–1993) and is a regular lecturer in EU and competition law. He is the author of various publications in Spanish, English and German on EU and competition law. He is the Spanish correspondent for the German competition law journal Wirtschaft und Wettbewerb.