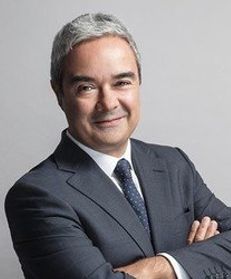 Gonçalo Machado Borges is a senior lawyer at MLGTS and joined the firm as an associate in 2006. He has extensive experience in EU and competition law, including matters related to restrictive practices, abuse of dominance and merger control regarding transactions in a wide range of sectors. He has been particularly active in the telecoms sector and has advised the NOS Group (the main integrated communications operator in Portugal) for several years in antitrust and regulatory matters, including the acquisition of football rights, complex merger cases before the Competition Authority and damages actions resulting from competition law infringements (including a pending suit involving margin squeeze in broadband access markets).

More recently, Gonçalo has been involved in negotiating the first settlement procedure under the 2012 Competition Act, in a bid rigging case. He has also been increasingly active in the area of private enforcement and was invited by the Portuguese Competition Authority, in December 2015, to be part of a panel of experts assisting with the implementation process of the 2014 EU Directive on damages actions and with the preparation of a draft legislative proposal.