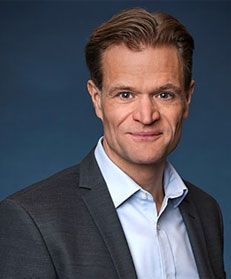 Fredrik Lindblom is a partner in Cederquist’s EU, competition and procurement group. Starting out in Brussels with two international law firms and the European Commission, Fredrik has continued during the past 20 years to work in Stockholm on competition law aspects of cross-border transactions and multinational companies’ antitrust compliance. Over the years, Fredrik has conducted close to 100 merger notifications in more than 20 jurisdictions worldwide, and he is recognised as a very business-oriented counsellor. In addition, he has advised both national and international manufacturers on their distribution set-ups to avoid competition law pitfalls. He has also advised several companies in relation to competition damage claims in various jurisdictions, and most recently acted as legal expert in relation to a large follow-on damages claim in the Netherlands against the participants in the European sodium chlorate cartel. Fredrik Lindblom is ranked by Chambers (since 2008), The Legal 500 and GCR 100, with comments such as ‘Clients describe Fredrik Lindblom as an “excellent” lawyer. He is particularly noted for his experience with M&A, vertical restraint and anti-dumping matters’ and ‘Fredrik Lindblom is described by sources as “very skilled” and “a pleasure to deal with” both because of his personal character and because of the high quality of his work’.