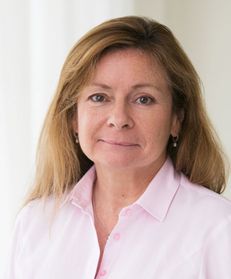 Frances Murphy is a noted leading practitioner. She is described by Chambers UK as ‘a very responsive and practical lawyer’ and by The Legal 500 as ‘an elite performer with formidable powers of analysis’. Frances is singled out by clients in relation to complex, high-value matters, such as competition disputes, global cartel and anti-corruption investigations, pricing arrangements, parallel trade issues, abuse of dominance matters and civil proceedings for damages for breach of antitrust laws. Frances represents clients in EU and UK competition matters before the United Kingdom and the European Union, and other competition authorities, tribunals and courts, including the High Court, the General Court and the Court of Justice of the European Union.

Frances has acted in a number of the leading cases that have shaped ‘follow-on’ litigation in England. In 2003 she began to act for BASF in the Vitamins litigation, a case that gave rise to what remains the leading judgment on jurisdiction in cases involving defendants from multiple jurisdictions (Provimi and Trouw) and the leading judgment on the remedies available to claimants in follow-on claims (Devenish). Frances led the team that scored a landmark victory in the Supreme Court and the Court of Appeal for Sainsbury’s against Visa. Frances also led the team that was awarded Behavioural Matter of the Year – Europe for ‘Challenges to CMA Search Warrants’ by Global Competition Review in 2018.