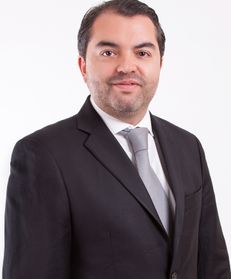 Fernando Carreño has been a partner of Von Wobeser y Sierra since 2009. He graduated cum laude from the Escuela Libre de Derecho, where he obtained his law degree and obtained his master’s degree from Northwestern University School of Law. Mr Carreño worked as visiting attorney at Arent Fox LLP in Washington, DC. He was head professor of alternative dispute resolutions at the Universidad Iberoamericana in Mexico City. Currently Mr Carreño is the head of the antitrust practice at Von Wobeser y Sierra. He provides antitrust advice in both competition/antitrust aspects of corporate deals as well as litigation matters before the Mexican Antitrust Commission and the Mexican courts. Mr Carreño regularly advises clients in many different industries, including the aerospace, telecommunications, energy, health-care and technology sectors, as well as financial institutions in national and cross-border transactions. He also engages in mergers and acquisitions and financial transactions. Mr Carreño is fluent in Spanish and English.