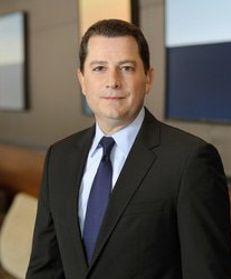 Eric Enson has successfully served clients in some of the most complex international cartel investigations and antitrust class actions of recent years, including major jury trials.

Eric has extensive experience of responding to Department of Justice investigations of alleged collusion and follow-on civil litigation. He has defended companies against claims of price-fixing in the computer components, capacitors, optical disk drive, auto parts, semiconductors and packaged ice industries, and other non-public criminal proceedings.

Eric has been counsel in precedent-setting civil competition matters, such as Clayworth v Pfizer and In re Tobacco II. He served as trial counsel for Santa Barbara Cottage Hospital in an antitrust lawsuit alleging an unlawful group boycott, on which a jury returned a full defense verdict, and was part of the trial team that obtained a full defense jury verdict on antitrust claims filed against Macy’s in In re Tableware. Eric also regularly handles matters involving claims of monopolization and other types of unilateral conduct.

Eric is consistently recognized and ranked by Chambers, Best Lawyers in America, and The Legal 500 as a leading competition lawyer. He advises the Executive Committee of the Antitrust and Unfair Competition Section of the California Bar and is an active member of the American Bar Association Antitrust Law Section, frequently writing and speaking about novel competition issues.