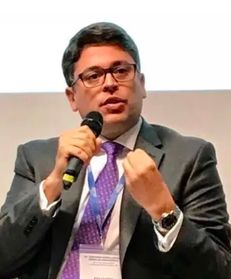 Eduardo Caminati Anders is a senior partner at Caminati Bueno Advogados. He was the head of the LBBC team that won two awards under the Global Competition Review Awards 2017: ‘Regional firm of the year – Americas’ and ‘Behavioural matter of the year – Americas’. He has been working in competition for approximately 20 years. He is a LACCA-approved lawyer. He is the first and current president of the Commission on Competition of ICC Brazil (International Chamber of Commerce in Brazil).

Eduardo is the former president of the Brazilian Institute of Studies of Competition, Consumer and International Trade – IBRAC (2015-2017). He is also a member of the Applied Corporate Law Institute – IDSA. He is former Chairman of the Commission on Competition Studies and Economic Regulation of the Brazilian Bar Association – Sao Paulo Section (2010–2013).