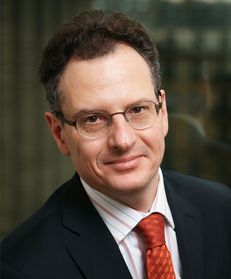 David Sevy is an Executive Vice President at Compass Lexecon, based in Paris.