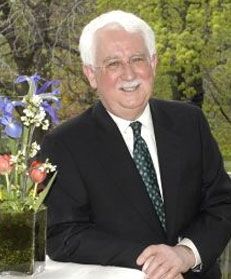 David Mullan retired from the Faculty of Law at Queen’s University, Kingston, Ontario, Canada as the holder of the Osler, Hoskin & Harcourt Professorship in Constitutional and Administrative Law. From 2004 until 2008, he was the first Integrity Commissioner for the City of Toronto and now works as a freelance consultant and speaker. From 1998 to 2006 he was a part-time member of the Human Rights Tribunal of Ontario, and, until 2015, a part-time vice-chair of the Ontario Workplace Safety and Insurance Appeals Tribunal. He is currently a member of the NAFTA Chapter 19 Canadian Panel and provides strategic advice on administrative law issues to various agencies. He has also been a frequent speaker at continuing legal education seminars and workshops for members of courts, tribunals, and agencies. David is widely published in the field of administrative law and has prepared reports for various governments and agencies. He holds honorary doctorates from the Law Society of Upper Canada, the Victoria University of Wellington and Queen’s University, and in 2016 was the recipient of the Canadian Energy Law Forum’s Energy Bear award.