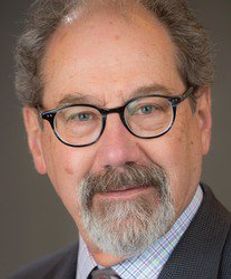 Dan Ducore recently retired from the FTC, after more than 25 years as Assistant Director of the Bureau of Competition’s Compliance Division. Under his leadership, the Division has drafted, helped negotiate and enforced all of the FTC’s competition orders. The Compliance Division also investigates violations of the pre-merger reporting law (HSR). Dan has extensive experience overseeing and enforcing compliance with the FTC’s competition orders: merger settlements and divestitures, and conduct violations – single firm (monopolisation or ‘abuse of dominance’) and concerted action (unlawful agreements). He has coordinated that work with US state enforcers, the European Commission, and other nations’ enforcers. He has also overseen litigation to enforce merger remedies – obtaining civil penalties and court-ordered injunctive relief. Dan has been a frequent speaker on panels sponsored by the American Bar Association’s Antitrust Section, the Practicing Law Institute, the European Union’s DG-Competition, OECD, and others, and has participated in the United States’ technical assistance missions to foreign enforcers, including frequent trips to Romania as it developed its competition enforcement law and agencies in the 1990s, and to India and China. Dan is a member of the District of Columbia Bar, and a graduate of the University of Michigan School of Law (1975, cum laude, Order of the Coif). He is a New Jersey native, and graduated from Rutgers College in 1972, magna cum laude. He can be contacted by email ([email protected]) or telephone (+1 301 704 3709).