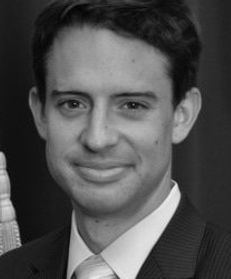 Daniel Francis is associate director for digital markets in the Federal Trade Commission’s (FTC) Bureau of Competition. In that role, Daniel helps to lead the FTC’s antitrust enforcement and policy activities across a wide variety of digital and high-technology markets. He also helps to supervise the FTC’s Technology Task Force, a new division of the Bureau of Competition formed to identify and litigate antitrust cases in high-technology markets. Daniel previously served in the Bureau of Competition as senior counsel to the director.Before joining the FTC, Daniel spent 10 years in the private practice of antitrust law, with a particular focus on the oil and gas, aerospace, defence and entertainment sectors. He has also been active as an academic, working on constitutional law and antitrust. In that capacity, Daniel previously served as a Climenko Fellow and Lecturer on Law at Harvard Law School, associate editor of the International Journal of Constitutional Law and an instructor in the Government Department at Harvard College. Daniel holds degrees in law from Harvard Law School and Trinity College, Cambridge.