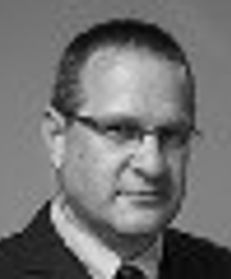 D Ziv Abramovich is a partner at Lapidot, Melchior, Abramovich & Co and heads its competition practice. Before turning to private practice, he worked from 1997 to 2002 at the Israeli Competition Authority, where he was head of the enforcement and compliance department and a member of the authority’s senior management.

Ziv has extensive experience in the domestic and international implications of civil and criminal competition issues, both from a regulator’s and private practitioner’s perspective. He regularly advises leading Israeli and foreign clients on various competition matters, and represents them in front of the ICA, the Competition Tribunal and other competent courts. Ziv also frequently advises and represents multinational clients regarding the Israeli aspects of international mergers and acquisitions, and is highly recommended by leading international law firms. Ziv holds LLB (1996) and LLM (1999) degrees from the Hebrew University in Jerusalem, and serves as a visiting lecturer on competition law at several academic institutions in Israel.

Ziv was vice chairman of the Israeli Bar Association’s antitrust committee from 2003 to 2007 and is an active member of the IBA antitrust committee. He regularly publishes articles and reports on antitrust developments in Israel and worldwide, and is the Israeli correspondent for Global Competition Review and the IBA’s antitrust committee newsletter. Ziv was invited by the ICA as a non-governmental adviser to the International Competition Network annual conference in Kyoto, Japan, in 2008. According to Chambers and Partners Global Guide 2019, peers consider Ziv Abramovich to have ‘a very good practice in antitrust’. He has experience in a range of competition and antitrust matters, including criminal investigations, mergers and acquisitions and class actions.