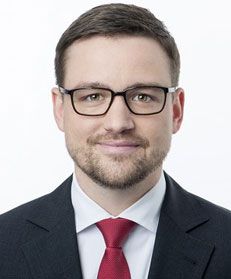 Dr Christoph Wolf is a partner at Oppenländer. His practice focuses on European and German competition law. Christoph has represented companies in private enforcement cases regarding cartels and abuse of dominance before several regional and higher regional courts in Germany. He has also represented companies before the German Federal Cartel Office, in particular in merger control filings and cartel investigations. Industries in which he has particular expertise include transport and infrastructure, media and television, automotive and pharmaceuticals. Christoph is a member of the Antitrust Lawyers’ Association for Germany, Austria and Switzerland. He has spoken frequently at conferences and in universities on competition law matters, and has published several articles on competition law. Christoph is a contributor to a commentary on antitrust law in the information technology industry and a handbook on litigation and cartel compliance. Christoph graduated from the University of Tübingen (Dr iur, 2008).