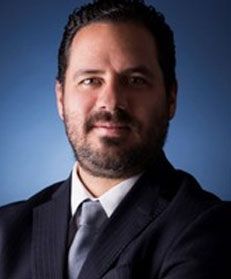 Carlos Mena-Labarthe is a partner of Creel, García-Cuéllar, Aiza y Enríquez in Mexico City. His practice focuses on antitrust and competition investigations and compliance. Mr Mena-Labarthe counsels and represents clients in litigation and before government agencies. He represents clients before the competition commission, the telecommunications regulators, the consumer protection agency, as well as the energy, transport and banking regulators in all competition related matters. He also handles other types of government investigations and requests including money laundering, fraud, privacy and data protection issues. Mr Mena-Labarthe was involved in the construction of the new anti-corruption system and in the training of the new operators of the system. He has ample experience in compliance, defence, in handling highly complex investigations, coordinating matters in various jurisdictions and in their representation before different authorities for government and multinational law firms, especially in Latin America where he has appeared before various national competition agencies. Prior to joining the firm in July 2017, he served in the Mexican Federal Competition Commission (COFECE) for 10 years, where he was the first Investigative Authority (Chief Prosecutor) in charge of all enforcement efforts for the agency. He also held other senior leadership roles including Chief of Staff for the president and head of cartel investigations. Before being invited to enter into government work, he worked for national and international law firms. Mr Mena-Labarthe was recognised as “Promising” in Expansion magazine’s “Promising talent in their 30s” ranking (the leading Business publication in Mexico) in 2011 and has been recognised by Global Competition Review’s “40 Under 40 Leading Competition Lawyers in the world”. He is a member of the International Bar Association (IBA). In the academic sphere, Mr Mena-Labarthe is professor at Instituto Tecnológico Autónomo de México (ITAM) since 2007, where he founded the Antitrust and Competition and the Law and Economics of Regulation Certifications. He is also co-author of five books on antitrust and competition.