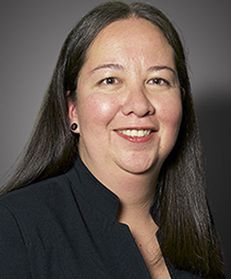 Brenda has extensive experience in antitrust issues. From 2000 to 2008, she held various positions within the defunct Federal Competition Commission, mainly in the Legal Affairs Directorate, and from 2008 to 2013, she was an adviser to the Plenary. In 2014, she worked as deputy general director in the Economic Competition Unit of the Federal Telecommunications Institute and, from that same year until 2016, she was general director of the Coordination Office of the Investigative Authority of COFECE.

Her academic work includes teaching on administrative law and economic competition law at the bachelor’s, diploma and MBA level in various strategic academic institutions, including the Free University Law School in Mexico City and Monterrey and the Center for Economic Research and Teaching and the Panamerican University in Mexico City.