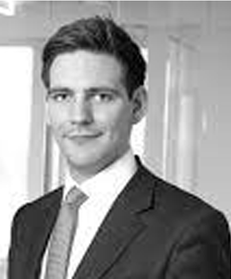 Ben is a senior associate who deals with a wide range of complex and high value commercial disputes with a particular emphasis on competition litigation and finance litigation. He has a postgraduate diploma in EU Competition Law and has acted on cases in the High Court, Competition Appeal Tribunal and the Court of Appeal in England and the Grand Court and Court of Appeal of the Cayman Islands. Ben was part of the team which acted for National Grid in its claim against global suppliers of Gas Insulated Switchgear following a European Commission finding of a breach of Article 101 TFEU. The team was recognised with a number of awards including Competition Team of the Year at the Lawyer Awards in 2015, Global Competition Review’s Cartel Prosecution Litigation of the Year 2015 and Competition and Regulation Team of the Year at the British Legal awards in 2014. He subsequently acted for National Grid in its claims against global suppliers of power cables following the European Commission’s infringement decision. He is currently acting for Royal Mail and BT in their claims against DAF Trucks Limited in respect of the infringement of Article 101 identified by the European Commission, which is scheduled for trial commencing in April 2022. Ben has worked on a separate major cartel investigation by the European Commission and the related leniency applications that were submitted in respect of this investigation.