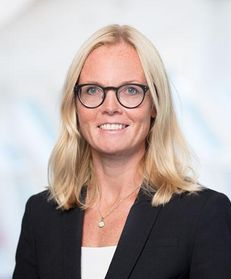 Trine Osen Bergqvist is a senior expert in competition law in Vinge’s EU, competition and regulatory practice group, with almost 20 years of experience in competition law. Before joining Vinge in August 2017, she worked for almost 10 years at the Swedish Competition Authority, first as legal counsel in the legal department, which represents the Swedish Competition Authority in court and is responsible for legal quality assurance, later as deputy head of the Market Abuse Unit. She has many years of experience from working as a lawyer at Swedish and Norwegian law firms. Trine holds an LLM from the University of Bergen (1996), a master’s degree from Stockholm University and postgraduate diplomas in competition law and the economics of competition law from King’s College London. She is a member of the Swedish and the Norwegian Bar and a non-governmental adviser in the International Competition Network.