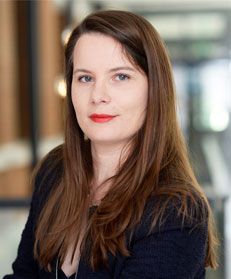 Anne Jussiaux, counsel at Bredin Prat, is a member of the competition team. She represents French and international companies before competition authorities and French and European jurisdictions, with a particular focus on cartels, abuse of dominant position, merger control and distribution. She has assisted a wide range of French and international players in high-profile cases covering, in particular, the energy, electronic communications and postal services sectors. Her experience also covers follow-on claims. Anne also has in-depth experience in regulatory matters and EU distribution law.

Anne was admitted to the Paris Bar in 2011 and joined Bredin Prat in the same year; she was seconded to Cravath, Swaine & Moore in New York from 2016 to 2017.

She is fluent in French and English.