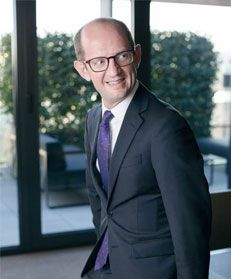 Mr. Ward is a Partner of the Cuatrecasas Competition and EU Law Team in Madridand managing partner of the Brussels office. He specializes in European Union, Spanish and international Competition Law, with extensive experience in merger control, competition authority investigations and managing antitrust risks. He also deals with state aid and other issues pertaining to EU law more widely.

A member of the Madrid bar since 2002, prior to joining Cuatrecasas he read law at Cambridge before being called to the Bar of England and Wales by Lincoln’s Inn, completing pupillage and practicing as a barrister first in London and then at a leading international firm in Brussels. He is a board member of the Spanish Association for the Defense of Competition, a rapporteur for the American Bar Association’s International Committee and co-chair of the Unilateral Conduct Working Group of the IBA Antitrust Committee.

In 2012, Mr. Ward was the only Spanish lawyer listed by Global Competition Review among the "40 under 40" leading specialists in Competition worldwide, having earlier been one of only two antitrust counsel listed in Iberian Lawyer’s "40 under 40" ranking for all lawyers in Spain and Portugal. He has extensive experience in merger control, defending clients in competition authority investigations, and managing antitrust risks.