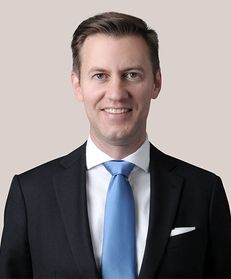 Andrew House is a partner at Fasken and is the co-leader of the firm’s national security group. Andrew practises in the areas of foreign investment, government relations and political law, with a focus on the impact of national security considerations in federally regulated industries and transactions.

For over two decades, Andrew has provided strategic and legal advice to corporate leaders, policymakers and cabinet members. From 2010 to 2015, Andrew served as chief of staff to successive ministers of public safety and emergency preparedness, working with his team to manage some of the most critical files facing the government of Canada in the areas of national security, policing, borders and trade, and disaster response. These included foreign direct investment, cybersecurity, irregular migration and anti-terrorism.

Andrew has worked directly on multiple high-impact national security reviews under the Investment Canada Act, partnering with key officials in the defence and security corridor of government and guiding the decision-making process into the cabinet room. His experience cuts across multiple sectors of the Canadian economy, from pharmaceuticals, tech and telecoms, to finance, construction, oil and gas, and mining.

With a reputation for collaboration and concise analysis of complex files, Andrew draws on deep expertise in policy development, national security and government relations to help clients navigate the expectations of government in the protection of critical infrastructure and safety of citizens. He also advises on political law compliance, including lobbyist registration and government ethics.

Andrew began his career in 2003 as an adviser on arms control and justice reform to the United Nations Mission to Kosovo, after which he returned to Canada as a criminal defence and civil litigation lawyer. Andrew is a fellow of the Canadian Global Affairs Institute and a member of the Foreign Investment Review Committee of the Canadian Bar Association, and has served as a faculty member with the Institute of Corporate Directors. He has appeared in national print and broadcast media as a commentator on justice, borders, emergency response and national security.