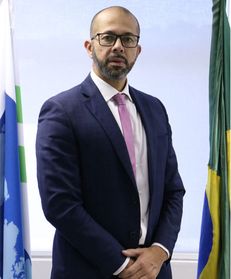 Alexandre Cordeiro Macedo is the President of the Administrative Council for Economic Defense (CADE) since July 2021. Prior to becoming the head of CADE, Cordeiro was the Superintendent General of CADE for four years. He also previously served as a Commissioner at CADE. He is a Visiting Scholar and International Fellow of the Global Antitrust Institute of the Antonin Scalia Law School. Cordeiro is a Professor at several federal universities in Brazil and abroad. He has had his articles published in books, magazines and newspapers, and has given a number of lectures at national and international events and universities, including at Harvard Law School and Northwestern University.