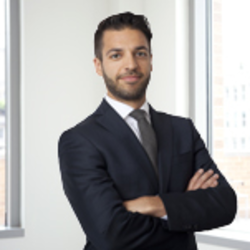 Daniel Bitton heads Axinn’s West Coast antitrust practice. Trained in the EU and US, Daniel navigates Fortune 500 clients through antitrust litigation, government investigations and merger clearance processes across the globe. For a second consecutive year, Who's Who Legal named him one of the five "most highly regarded" Future Leaders in Competition in North America (2017 & 2018). He has also been named a Rising Star by both Super Lawyers and New York Law Journal. Chambers likewise has recognized Daniel as an Up-and-Coming Lawyer in antitrust.