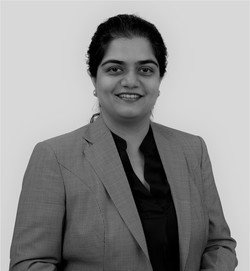 Avaantika advises on complex merger filings with the CCI. She was lead lawyer in the first Phase II merger control case in India (Sun Pharma/Ranbaxy) and also in the first few cases involving remedies (Hospira/Orchid, ZF Friedrichshafen AG/TRW Automotive). She represented Titan International, Inc., in its plea for mitigation of damages for a late merger filing and secured a zero penalty order for Grupo Isolux Corsán. Her experience in corporate and securities laws, transactional work in M&A, private equity, joint ventures, and structured finance equips her uniquely for strategic advice on merger control. Her professional career spans 15 years. She was among the first Indian lawyers to start practicing Competition law in 2009, when the law first became effective.

Avaantika represents her clients on the enforcement side and provides strategic support on commercial arrangements and compliance issues and was involved with filing the first few leniency applications before the CCI.

She has published on the subject, and is a regular speaker at domestic and international seminars, training institutes, and law schools. Avaantika spoke at the ABA Spring Meeting 2016 on Global Damages Litigation. She presented developments on anti-corruption laws in India at the USIBC Legal Services West Coast Conference in San Francisco in (2012) and was a panelist for the USIBC forum entitled 'One Year Later: A Look at the Investment Attitudes in India Post-Elections', Washington DC (2015). She has also spoken at the Northwestern University School of Law's Chicago Forum (2013 and 2016). Avaantika has authored a book titled A Perspective on Product Liability Law and Consumer Safety (2006) (ISBN: 81-8159-054-6).

Avaantika is amongst the World’s Leading Competition Lawyers as per The International Who’s Who of Competition Lawyers & Economists, is a ranked lawyer in Chambers & Partners, was recognized as GCR’s Top 100 women in Antitrust, 2016 and is a Leading Lawyer (Asia Law). She was awarded the Economic Times 40 Under Forty Award for 2018.