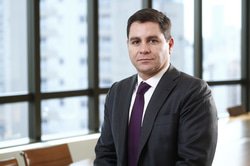 Tito Amaral de Andrade specialises in complex merger cases, antitrust investigations and litigation. He is a member of the Brazilian Bar Association, the International Bar Association, the International Law Committee of the Brazilian Bar Association, and the Antitrust Committee of the American Chamber of Commerce in Brazil. He was ranked as one of Brazil’s leading lawyers in competition and antitrust by Chambers Latin America (2019), LACCA Approved: Antitrust & competition (2019), Latin Lawyer 250 (2018), Who’s Who Legal 2018 and The Legal 500 (2018). Tito was twice listed on the ‘40 under 40’ list by Global Competition Review as a prominent antitrust lawyer worldwide under the age of 40. He holds a JD from the Pontifical Catholic University of Rio de Janeiro, Brazil (bachelor of laws, 1995) and an LLM from the London School of Economics, University of London, England (1999). He was chair of the Brazilian Institute of Studies on Competition, Consumer Affairs and International Trade in 2013.