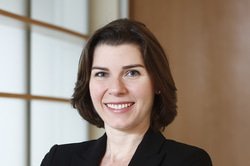 Maria Eugênia specialises in filings, investigations and negotiations with the Administrative Council for Economic Defence. Maria Eugênia has experience in providing legal assistance to clients of several industry areas, such as automotive, packaging, pharmaceutical, medical equipment, chemical and petrochemical, energy, paper and cellulose, oil and gas, communication, and technology. She is a member of the Brazilian Bar Association, the Brazilian Institute for Competition, Consumer and International Trade Studies – IBRAC (Advisor, 2011–2015, Compliance Director, 2016) and the International Bar Association. She was ranked as one of Brazil’s leading lawyers in competition and antitrust by Chambers Latin America 2017, The Legal 500 2016, Latin Lawyer 250, 2016 and Who’s Who Legal 2016. She holds a JD from the Universidade Federal da Bahia, Brazil (Bachelor of Laws, 1997) and an LLM from the Law School of the Leiden University, Netherlands (LLM International Business Law, 2003). She was also an intern on international trade in the Brazilian Mission to the World Trade Organization (2004).