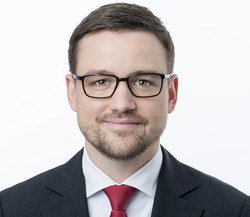 Dr Christoph Wolf is a partner at Oppenländer. His practice focuses on European and German competition law.

Christoph has represented companies in private enforcement cases regarding cartels and abuse of dominance before several regional and higher regional courts in Germany. He has also represented companies before the German FCO, in particular in merger control filings and cartel investigations. Industries of particular expertise include transport/infrastructure, media/TV, automotive and pharmaceuticals.

Christoph graduated from the University of Tübingen (Dr iur 2008).