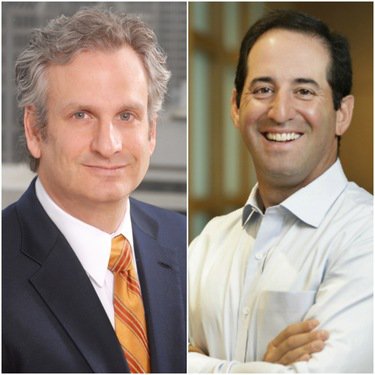 Jones Day partner Craig Waldman and Compass Lexecon senior managing director Jonathan Orszag are co-chairing the inaugural GCR Live conference on antitrust in the digital economy next month. In a Q&A with GCR USA, Waldman and Orszag highlight their thoughts on hot topics and trends to be discussed in Palo Alto by leading figures in the antitrust community, as well as the importance of hosting panels that offer multi-sided perspectives and opposing views.

What are some of the issues you are most looking forward to addressing?

Waldman: We are extremely excited about the upcoming programme. What we tried to do is create four panels and a couple of keynotes that really capture what’s going on in the technology and antitrust arena today. I think we have created a diversity of opinion and audience. The Federal Trade Commission bureau of competition head Bruce Hoffman, as well as one of the leaders of the technology task force, Patricia Galvan, are both attending. We have renowned economists like Hal Varian and Carl Shapiro. We’ve got plaintiffs lawyers attending as well. We’ve got defence lawyers. We’ve also got a diversity of geographic opinion, so it’s going to, I think, create a real robust discussion and environment.

We also have four topics that were picked because we think these are the hot topics in technology today. The first is just to discuss the global trends in mergers and acquisitions and enforcement to see where the geographic diversities and discrepancies lie, if any. We are also going to talk about the recent Supreme Court case regarding platforms and the potential difference in antitrust analysis in the platform arena. We’re also talking about the ecosystem and app stores and whether that requires a different antitrust analysis. And one of the ones that I am particularly looking forward to is what we call hipster antitrust, or the neo-Brandeis movement. There has been a lot of discussion about whether these big companies and platforms are big enough that they require special attention, special treatment and special antitrust enforcement. We are going to have a good, diverse panel to talk about that as well.

What are some key antitrust trends in the digital economy you are watching closely, and why should we be paying close attention to these trends?

Orszag: The issue of technology and antitrust goes back now at least 30 years dating to the IBM antitrust case, the Microsoft case, as well as a number of cases in the early part of this century. But today, technology is so ingrained, so intertwined with everyone’s day-to-day life, that the role of these larger technology firms and what that means for antitrust has gone from just an issue for the antitrust community to an issue that affects people’s day-to-day lives in a very significant way. So the size and prominence of the technology firms is no longer just an antitrust issue; it has become an issue in politics and in society.

This conference can help to inform people more broadly, but also have a greater understanding with the diverse panels and the diverse set of people in those panels to understand where we are today, where we have been. One of the things from an economic perspective that makes this conference interesting is that some of the original work about how to analyse the technology space was done by Carl Shapiro and Hal Varian in the late 1990s, in their book Information Rules. And both Carl and Hal will be speaking at this conference and so they will be perfect people to help explain where we have been, where we are today and how we should think about the issues that are confronting the technology space when it comes to antitrust.

Other conferences that talk about issues in the digital economy today have the propensity of being one-sided. How is the GCR Live panel going to differ in terms of having different perspectives all in the same room?

Orszag: In thinking about each of the panels, Craig and I focused on the fact that in our experience, one-sided panels, just hearing the same voice over and over again, from different people just made the sessions boring. So we focused intently on making sure that each panel had different viewpoints and people who would oppose each other. We set up the conference so that there is no PowerPoint, this is going to be a discussion. Our hope is that there will be a vigorous discussion on each of the topic areas so that the audience is both entertained, interested and informed.

If you could have added one more person to the upcoming GCR Live conference, who would it have been and why?

Waldman: Jon and I were talking about this question of who we would want at the panel discussion or the programme that is not otherwise attending and there were a couple names that popped up. And one, as silly as it sounds, is Teddy Roosevelt. Who would have thought that his trust-busting days would have morphed into this kind of discussion?

Orszag: To hear President Roosevelt talk about antitrust today would be fascinating, given his role and importance creating the antitrust laws that we have today and how we would view trust-busting. And the technology space would be particularly interesting, and to have him in the arena to talk in that way would be something that would be special, I think, for everyone in the audience. So, if I could have one person, I think Teddy Roosevelt would be high on my list.

Tickets for the event, which takes place 22 May in Palo Alto, are complimentary for government officials and in-house counsel and can be obtained here. The full conference programme can be viewed here.