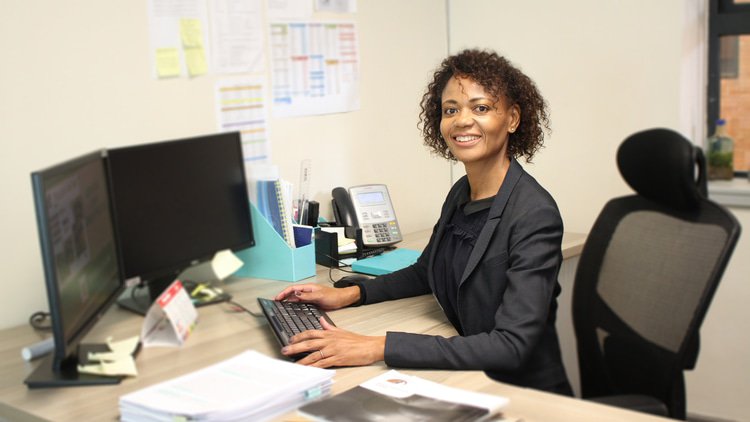 Two decades after its inception, South Africa’s Competition Tribunal has both its first female and first black chairperson.

President Cyril Ramaphosa appointed Mondo Mazwai, former chief legal counsel at the Competition Commission of South Africa, as chairperson of the tribunal on 1 August. She replaces Norman Manoim, who retired from the adjudicatory authority last week after a decade at its helm.

Mazwai has a wealth of enforcement experience, having been a member of the commission for six years and a tribunal member since 2013. She first joined the commission in 1999 as an investigator in the mergers and acquisitions unit, before rising through the ranks to become the enforcer’s first chief legal counsel in 2003 and, later that year, the acting deputy commissioner.

Mazwai joined the competition practice at Cliffe Dekker – now Cliffe Dekker Hoffmeyr – in Johannesburg in 2005. She led the practice from 2006 to 2011, representing clients including Shell, Lufthansa and Business Connexion, before joining the tribunal as a member.

Mazwai will lead the tribunal as it implements amendments to the national competition law, which were passed in February but are still coming into force. The commission – which investigates potentially anticompetitive conduct and refers infringers to the tribunal for adjudication – said in a statement that Mazwai’s appointment comes at a “crucial time” for South African competition policy, as the amendments “focus on outcomes, specifically to contribute to growth and inclusivity in the economy”.

Competition commissioner Tembinkosi Bonakele said Mazwai is a “well experienced and respected member” of the competition law community, whom he looks forward to working with.

Lebohang Mabidikane, a partner at Bowmans in Johannesburg and former head of mergers at the commission, said that Mazwai’s appointment is not only the right choice, but also a progressive one.

“As a black woman in the profession, Ms Mazwai has not achieved this only for herself – she has done it for all of us,” Mabidikane said. “It gives the rest of us hope, and we fully support her!”

Mazwai’s appointment signifies a “great era” for competition regulation, Mabidikane said, both in South Africa and globally. Mazwai is one of the most knowledgeable competition law specialists in the country with a “proven track record” of exposure to both private practice and enforcement, she said.

However, Mabidikane noted that Mazwai now has the “difficult task” of efficiently deploying the tribunal’s limited resources. “The tribunal has a long list of cases in its pipeline and this has resulted in companies having to wait for longer periods for their matters to be heard,” she said. “The speedy resolution of competition law matters is critical to South Africa’s economy.”

Norman Manoim was appointed tribunal chairperson in 2009, after serving as a member at the agency since it launched in 1999. He was part of the committee that drafted South Africa’s Competition Act in 1998, which established the first antitrust regime in Africa and created both the commission and the tribunal.

Manoim presided over the tribunal as it increasingly checked the competition authority’s power. In April, it refused to sanction two construction companies for price-fixing, with presiding judge Enver Daniels stating that “simply proving” that companies met to discuss the conditions of a tender does not absolve the commission of its “onus to prove that such action amounts to an agreement”.

Last month, the tribunal issued a contentious ruling that said the commission could not issue fines to nine banks under investigation for allegedly manipulating the foreign exchange benchmark, although it said the enforcer could issue a limited declaratory order. Several banks and the commission have appealed the ruling.

The tribunal has also incrementally increased the numbers of mergers it blocks – it did not oppose any mergers until 2011, and between 2011 and 2019 it only prohibited two deals. This year, however, it has already blocked two and imposed conditions on 11 deals.

Manoim will now join the Mandela Institute, a law and policy research centre within the University of the Witwatersrand School of Law.

Mabidikane at Bowmans said that Manoim has “done his best in a difficult environment”. “Being chair of the tribunal does not come without challenges,” she noted. “Norman has done well, and we celebrate him, too.”

Ramaphosa also last week appointed as a part-time tribunal member Thando Vilakazi, executive director of the Centre for Competition, Regulation and Economic Development at the University of Johannesburg and a senior economist at consultancy Acacia Economics. The president reappointed current members Yasmin Carrim, Andiswa Ndoni and Andreas Wessels, who collectively have over 23 years’ experience at the tribunal.