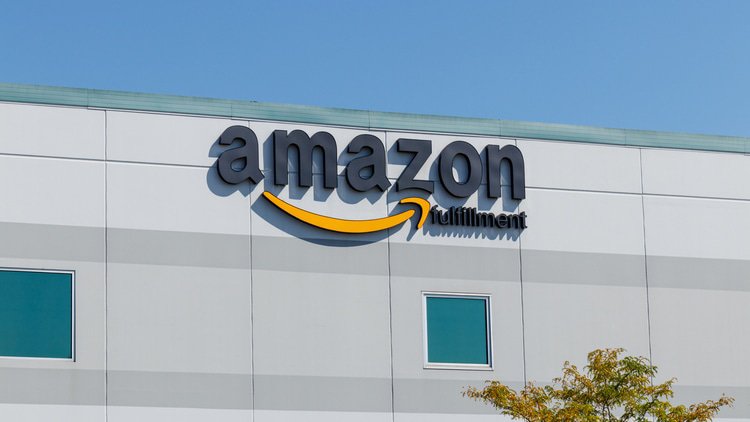 Amazon is changing its terms and conditions to improve access to its online marketplace, after enforcers in Germany and Austria found it may be imposing abusive and discriminatory conditions on retailers that sell on Marketplace.

Germany’s Federal Cartel Office and Austria’s Federal Competition Authority said today that Amazon has agreed to amend certain terms applied globally to retailers who sell products on its platform. The changes will take effect on 16 August.

Amazon will no longer unilaterally suspend sellers’ accounts without prior notice and explanation. It must give them 30 days to respond to its allegations before suspending their accounts, or seven days if it believes the retailer has committed a material breach of its terms.

The company can still immediately suspend accounts used for deceptive, fraudulent or unlawful activities, or conduct that Amazon believes could harm its customers.

Amazon will also provide more sellers with access to a subset of its customer review system. Vine enables companies to give products to selected “trusted” members, who must write a review that is displayed on the product page. Only suppliers of Amazon’s own retail activities can access the Vine review service.

Amazon also agreed to limit its “free, worldwide, perpetual and irrevocable” right and licence to use materials provided to it by sellers, such as photos of products. The company’s rights to use the materials will be limited to the duration of the seller’s “original and derivative” intellectual property rights.

Amazon will also be required to “promptly notify” sellers when they are responsible for a customer refund. Sellers can then appeal against Amazon’s findings regarding refunds within 30 days of notification.

Further, sellers using Amazon’s marketplace will be required to “defend, indemnify and hold harmless” Amazon against third-party legal claims only if those claims allegedly arise from the seller’s non-compliance with applicable laws. Currently, retailers must defend and indemnify Amazon against all third-party claims, regardless of where liability lies.

The amendments also state that Amazon will provide at least 15 days of notice before changing its terms, and remove a clause establishing Luxembourg as the only jurisdiction for any dispute arising between the company and European sellers.

The complainants also said that Amazon made them agree to a comprehensive transfer of rights to their product materials, particularly photos, and required them to assume all costs in unauthorised customer returns.

The German enforcer opened an official investigation into the company last November. Today, it said that it was closing the probe – without any finding of wrongdoing – because it had reached an agreement with Amazon.

The authority’s president, Andreas Mundt, said that the proceedings “obtained far-reaching improvements for sellers active on Amazon marketplaces worldwide” that address the “numerous complaints” the enforcer had received.

Mundt said that Amazon will adjust its terms of business for sellers active on its marketplace in Germany, as well as all marketplaces worldwide – including those in North America and Asia.

The German enforcer noted that its investigation did not investigate Amazon’s use of seller’s data, as the European Commission is conducting its own probe into whether Amazon uses this data to leverage its position as a competing retailer on its marketplace. The EU enforcer today confirmed that it had opened an in-depth investigation into the company.

Austria’s Federal Competition Authority first received a complaint regarding Amazon’s terms and conditions last December from the Austrian Retailers Association. The enforcer launched a probe in April, after receiving dozens of similar allegations.

Because so many retailers rely on Amazon, the Austrian enforcer said that a comprehensible and transparent legal framework was the best way to address the company’s problematic business practices. The revised terms and conditions are suitable to remove not only the concerns expressed about individual provisions, but also to deter potential abuses in the future, it said.

However, the Austrian authority noted that the amendments do not address complaints regarding sellers’ inability to contact Amazon to resolve issues when they arise. It could, therefore, open a new investigation into this conduct in the future, it said.

In contrast, the Federal Cartel Office said the amendments addressed all complaints regarding the terms and conditions. Neither the German nor the Austrian investigation made any official finding of wrongdoing.

A spokesperson for Amazon said the company had “very constructive discussions” with the German enforcer and welcomes the agreement regarding its terms and conditions. The company also “fully cooperated” with the Austrian authority, the spokesperson said.

However, the spokesperson said that Amazon “cannot understand how the Federal Competition Authority has come to a different assessment than the German Federal Cartel Office on certain points.”

Isabelle Innerhofer, a partner at Binder Groesswang in Vienna, noted that the Austrian authority relied on the concept of economic dependence in its investigation, so did not have to define a relevant market or prove Amazon’s dominance. This concept prohibits even a non-dominant company from using its stronger market position to impose unfair conditions on smaller or downstream companies that have no alternative trading option.

The Austrian and German authorities only considered Amazon’s allegedly abusive terms and conditions, Innerhofer said, while the complaints regarding the company’s dual role as marketplace operator and competitor will be analysed by the European Commission.

“The commission is better placed to examine the dual-role complaints, as merchant interests across the EU appear aligned,” she said. Not having multiple European authorities investigate the same conduct can avoid diverging results – so perhaps enforcers should have taken a similar approach in the Booking.com cases, Innerhofer said.

Astrid Ablasser-Neuhuber, who heads BPV Hügel’s competition practice in Vienna, said that the enforcers were “extremely quick” to react to the complaints and launch investigations into Amazon. She particularly commended the speed of the Austrian authority, which is “not among the largest in Europe”.

The Austrian enforcer is not a decision-making body, Ablasser-Neuhuber noted, so it would have to lodge a formal complaint with the Cartel Court if it wanted to prove Amazon violated competition law. When a company is willing to cooperate, then a “good, quick solution” may be preferable to approaching the court, she said – even if that solution does not resolve every aspect of a complaint.

Silke Heinz at Heinz & Zagrosek in Köln said it is “quite remarkable” that the enforcers could obtain a global solution, as opposed to securing commitments that only applied within their jurisdictions. The amendments seem to cover most of the complaint topics, she said, but Amazon’s implementation of the promised changes will be “crucial”.

“The devil may well be in the details in this respect, and the Federal Cartel Office is willing to reopen proceedings should Amazon fall short of properly implementing the changes,” she said.