France and Germany tone down calls for political intervention 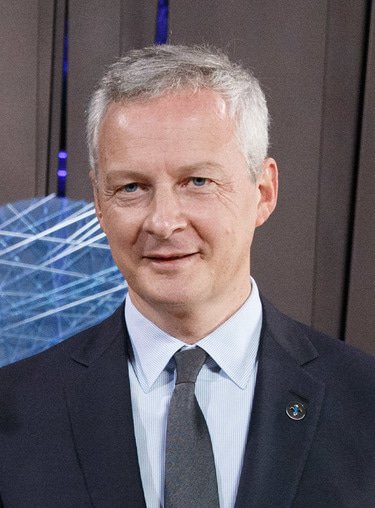 Poland has joined France and Germany in calling for an overhaul of European competition rules – but a joint manifesto by the three countries climbs down on previous suggestions for a political veto of commission merger decisions.

The manifesto, published yesterday by the French, German and Polish economic ministries, follows a proposal by France and Germany in February, as well as Poland’s own proposal published in June.

The European Council has invited the European Commission to present a long-term vision for the EU’s industrial future by the end of 2019, which these proposals hope to influence.

The document, presented at a summit in Poznan in Poland, focuses on the involvement in business by non-EU members such as China, the market power of big technology companies, modernising merger control, strengthening joint ventures, reinforcing advisory capacity and expertise, encouraging behavioural remedies and strengthening political input into decision making.

However, the manifesto’s calls for increased political involvement appear to be a retreat from France and Germany’s original proposals – published in the wake of the blocked Siemens/Alstom merger – that “a right of appeal of the council which could ultimately override commission decisions could be appropriate in well-defined cases, subject to strict conditions.”

In contrast, the new proposal says the EU’s competitiveness council – which is made up of relevant bloc ministers – should have the opportunity to discuss merger policy “with regard to the competitiveness of EU industrial sectors to provide input into the European Commission’s strategy and policy.”

At a technical level, the merger control advisory committee should feed input from member states into decision-making based on competitiveness considerations, the document adds.

The manifesto is also concerned with the competitive risk posed by “third countries”, but does not explicitly name China.

“Current EU merger control does not sufficiently take into account the specificities of third countries’ state control and subsidies for undertakings,” the document says. To counter the “distortive effects” of such state involvement, the commission should modernise its merger control guidelines by taking this involvement into account when calculating turnover or deciding whether a merger significantly impedes competition, it adds.

The manifesto also says the commission should strengthen and speed up both its merger control and enforcement work against tech giants that distort competition. It should do so by simplifying interim measures, broadening merger enforcement to examine potentially predatory acquisitions and identifying “systemic actors, such as major digital platforms” that should be subject to specific scrutiny and potentially to regulatory frameworks.

The commission should also set rules to ensure the efficient functioning of markets and enhance innovation in the data economy, France, Germany and Poland propose. Rules should include data access, data portability, platform interoperability, unbundling, and auditability, and companies should be held accountable for using algorithms.

The commission should consider a transaction value-based threshold, which may be more likely than a turnover-based threshold to capture potentially anti-competitive mergers, it adds.

Other recommendations include the need for the commission to take a longer-term look at markets and at the industrial approach of non-EU members when assessing potential mergers.

France, Germany and Poland also call for the European Commission to bring on board more expertise in digital markets – specifically, to consider whether a commission unit or independent scientific expert body should support the commission’s Directorate General of Competition in providing the necessary expertise.

Such an approach would enable “a more holistic and comprehensive approach towards ever more complex challenges,” the manifesto says.

Finally, the countries call for greater attention to be paid to the relevance of behavioural remedies.

French minister Bruno Le Maire said: “We know full well how much France and Europe owe to competition and to European competition rules.”

But he described competition as “an ever-moving field”, in which rules must adapt to retain their relevance and efficiency, particularly to the digital revolution and to the increasing concentration observed in the economies of Europe’s trading partners.

“Modernising our competition rules is one of the main challenges that the EU will need to address in the coming months,” he said, adding that a shared European industrial policy cannot work without a coherent competition policy and trade policy.

Germany’s and France’s economic ministries did not respond to questions regarding the apparent policy climb down.

A spokesperson for Poland’s economic ministry said the three countries shared a complementary vision, adding that the manifesto is “a strong voice of the Weimar Triangle” in discussions on the bloc’s economic future and one of its common challenges.

A European Commission spokesperson said: “EU competition policy has consistently defended and promoted the interests of European consumers and companies and significantly contributed to the competitiveness of the European economy.”

The regime’s predictability and credibility are widely acknowledged, he said, adding that it is “one of the most respected competition enforcement systems in the world”.

While the system’s core values work well overall, the spokesperson acknowledged that the commission must keep looking at how it achieves its goals. It is ready to discuss proposals by member states’ authorities and other stakeholders, he added.

“For instance, we are actively reflecting on the future challenges of digitisation for competition policy. This affects all sectors of our economy, including manufacturing, services and transport,” he said.

Agnieszka Stefanowicz-Barańska, a partner at Dentons in Warsaw, noted the parallels between the manifesto and Poland’s national competition law.

The law has a provision that allows for the clearing of a deal that could result in a significant impediment to competition, if it would “contribute to economic or technical progress or may have a positive influence on the national economy,” she said.  Such clearance is granted by the competition authority itself, she noted.

Stefanowicz-Barańska said that, given the Polish government’s own policy document appears to champion a slightly less revolutionary approach to political involvement, the joint document might be a compromise.

“This in itself does not yet mean that Germany and France have entirely abandoned their own further-going agendas, which they could pursue independently,” she added.

Another Polish source, who requested anonymity because of the sensitive nature of the subject, said he was not surprised by the joint manifesto. “The Polish government supports the idea of creating local champions even if this implies concerns on the competition law grounds,” he said.

The recent merger of two Polish fuel producers, which has recently been notified to the European Commission, has the full support of the national government “despite the fact that it will create de facto monopoly on a number of markets,” the source said.

State-owned companies have also made recent acquisitions in the banking and energy sectors that have reduced the number of private players, he said. “Any solution which would loosen the applicable rules in order to favour local champions will be welcomed by the Polish government,” the source added.

The Polish national competition authority’s current senior staff, including its president, is unlikely to openly challenge the government’s position, the source said. With the limited presence of Chinese companies in Poland, “there are no apparent reasons for the protection of local companies.”

Poland’s Office of Competition and Consumer Protection said it did not have enough details to comment on the proposals.