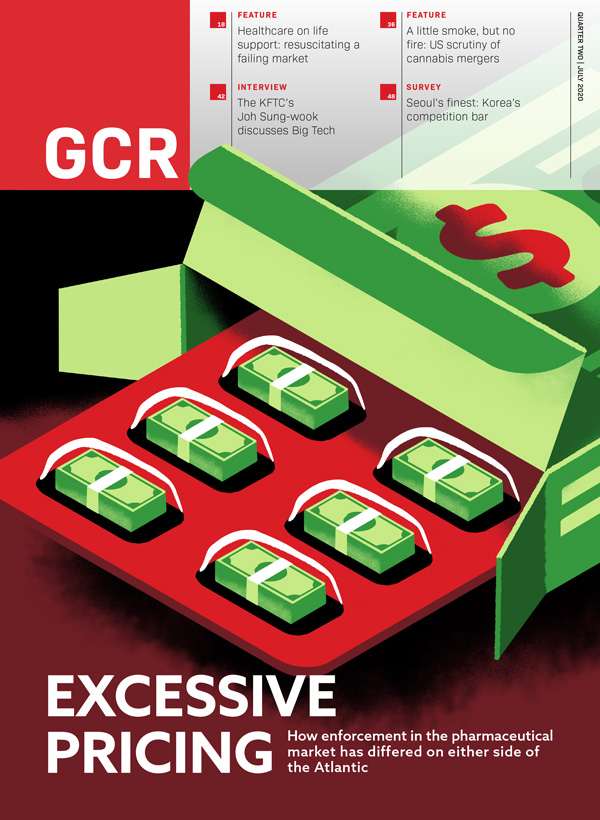 Some sectors become synonymous with certain competition concerns: the construction industry has long been a breeding ground for cartels, the telecoms sector is carefully scrutinised for consolidation, and now the pharmaceutical market seems increasingly tied to the issue of excessive pricing. Yet, wary of overstepping into price regulation, few competition authorities have tried to tackle this final concern. Janith Aranze explores how and why enforcement has differed on both sides of the Atlantic – and if that is likely to change.

The Competition Commission of South Africa declared in its healthcare services market inquiry report last year that competition has “largely failed”. As the country’s government attempts to introduce universal healthcare in the face of an unprecedented global pandemic, Charley Connor asks: can increased competition help fix South Africa’s broken healthcare system, or has this inquiry come too late?

The European Court of Justice in January provided some long-awaited clarity on how competition enforcers and national courts assess the anticompetitive nature of pay-for-delay agreements. Emily Craig examines how the court’s preliminary ruling in the Paroxetine case will affect other eagerly anticipated rulings and the future of pay-for-delay agreements.

A little smoke, but no fire

How does a federal enforcer protect competition in a federally illegal market? As cannabis transitions from an unlawful substance to a prescribed medical treatment and recreational drug now legal in several states, Spencer Parts examines how the Department of Justice’s antitrust division has been policing the fledgling industry.

Former Seoul National University professor Joh Sung-wook was tapped to head Korea’s Fair Trade Commission by the country’s president last September. Since her appointment, Joh has vowed to tackle abusive business practices by dominant conglomerates and level the competitive playing field for smaller companies. In an interview with GCR in April, she discussed the agency’s new technology task force and her role in breaking the glass ceiling for women enforcers in Korea.

The small but talent-heavy collection of antitrust practices in Korea remains one of the strongest in Asia. With the Korea Fair Trade Commission likely to intensify its scrutiny of several markets, Julie Masson assesses which of the country’s law firms are best placed to handle the increase in work.

Substantial interest now surrounds the topic of market definition, with some eminent economists querying whether the standard approach is fit for purpose. The debate centres around whether the definition of a relevant market is fixed at any given point in time or whether it should be shaped by the particular theory of harm being pursued. As the European Commission launches a formal consultation on the two-decade-old notice on market definition, Baker McKenzie partner Fiona Carlin examines how flexible the notion of market definition is in the pharmaceutical sector.