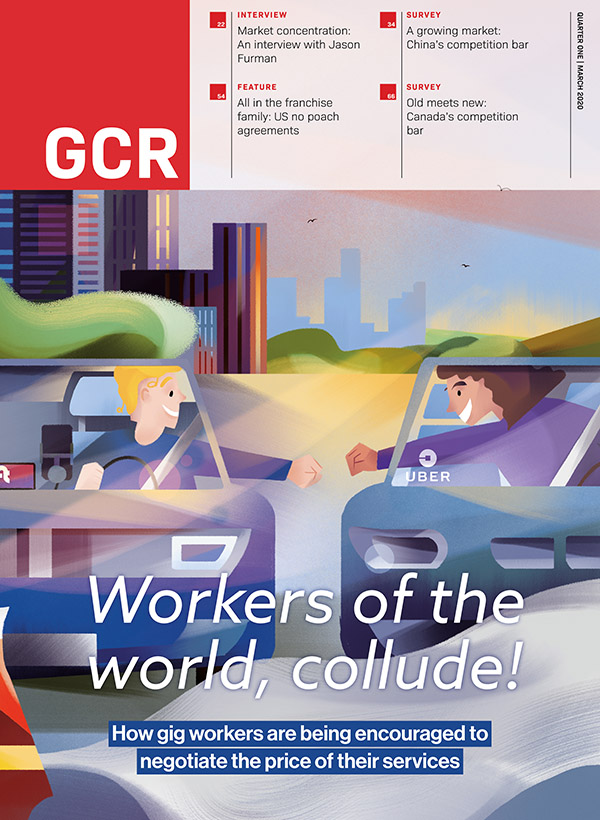 All in the franchise family

In the past three years, franchise no-poach agreements – which bar competition for employees between franchisees within the same brand – have gone from ubiquitous to endangered in the United States. Spencer Parts explores why the change happened so quickly, and where the law on these agreements stands today.

Recent amendments to South Africa’s competition law expanded the public interest considerations that the enforcer and tribunal must consider when examining deals. Emily Craig asked experts how effective such considerations are in assisting workers and entrepreneurs.

While the sizes of the teams do not stack up to the likes of Brussels or Washington, DC, the Chinese competition bar is among the most capable in the world. Charles McConnell spoke with the top China-based and international competition practices about their recent work.

The big picture of competition

Jason Furman wants competition policy to be more than antitrust enforcement. He spoke with Pallavi Guniganti about his report for the UK government on digital competition, what macro data can tell us about market concentration;and his disagreements with both Robert Bork and neo-Brandeisians.

Workers of the world, collude!

As organised labour declines in the US, and an increasing proportion of the global workforce falls outside traditional employee definitions, some workers are trying to cooperate in seeking better wages and conditions – but risk violating antitrust laws. Janith Aranze and Julie Masson look at how competition enforcers are handling the new ways for workers to unite.