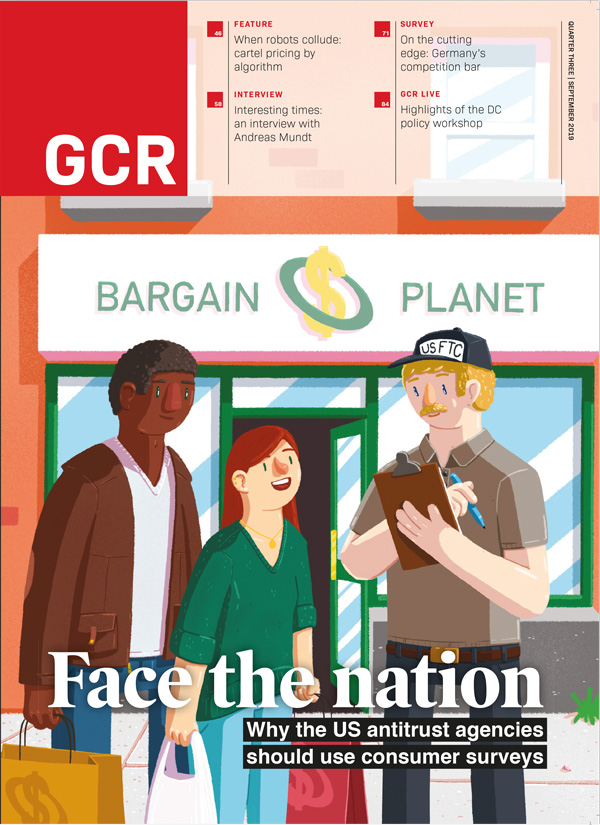 Monopsony - neither new nor fake news

Monopsony, a word previously used primarily by antitrust cognoscenti, has gone mainstream. Presidential hopefuls worry about the scourge of buyer power and draft legislation to address it more explicitly in the antitrust laws. The Federal Trade Commission (FTC) has held public hearings to discuss the topic, and both the FTC and the Department of Justice have brought challenges involving monopsony. Arnold & Porter partners Deborah Feinstein in Washington, DC, and John Schmidt in London explore the ongoing debate about monopsony and the issues that have arisen in recent cases.

What more for Mundt?

Andreas Mundt, president of Germany’s Federal Cartel Office (FCO), is one of the most in-demand individuals in antitrust, perceived to be leading the charge against big technology companies, with headline-grabbing cases against Facebook and Amazon. Janith Aranze spoke with Mundt on his plans for Germany’s next amendment to its competition law, the agency’s Facebook case, recent court losses and his relationship with Margrethe Vestager.

The digital economy and a determination to bring down the hammer on collusion have made Australia’s competition authority an enforcer to fear. Charles McConnell talks to the lawyers who face off against – and sometimes act for – a top-flight agency.

With the dust settled on the blocked Sainsbury’s/Asda deal, Matt Richards asked legal, economic and consumer experts for their take on the failed merger. Did the UK’s Competition and Markets Authority assess the deal correctly and what does this mean for future supermarket tie-ups?

Germany’s competition bar finds itself at the heart of European and global antitrust. The Federal Cartel Office is one of the most prolific enforcers in the world, and German firms are rising to the challenge. Janith Aranze takes a look at how Germany’s best competition practices are shaping up.

Today, cartelists are less likely to meet in a smoke-filled room than in a chat room. Is the next step for them to avoid meeting at all? Charley Connor explores how artificial intelligence could enable companies to avoid both antitrust liability and competition.

From 2013 to 2017, three of the divestitures that the US Federal Trade Commission ordered as remedies for otherwise anticompetitive mergers in consumer-facing markets failed in various ways. Pallavi Guniganti explores how other competition authorities have used consumer surveys to inform merger analysis in these markets.