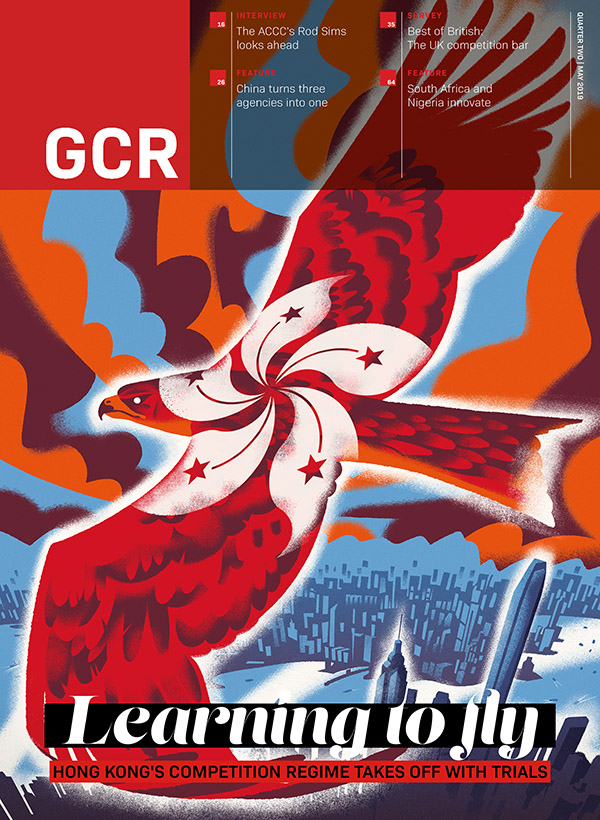 As Brexit looms and UK competition lawyers guess at what the future holds, Tom Madge-Wyld looks at how London’s best antitrust practices fared in 2018.

Changes in law and legal norms are driving the spread of antitrust litigation around the world. GCR’s eighth annual Antitrust Law Leaders Forum in Miami dug into the damages debate.

In February, the European Commission blocked Siemens/Alstom, setting off debate across the continent about whether the competition enforcer was a drag on EU companies in a cutthroat global marketplace. Janith Aranze reached out to five practitioners for their take on the decision, its reasoning and its impact on the future of EU merger regulation.

Having been appointed to an unprecedented third term, Rod Sims is ready to cement his legacy as the head of the Australian Competition and Consumer Commission. By all accounts, he has achieved a great deal since taking the reins in 2011, but he is not about to slow down. Charles McConnell spoke with Sims about the path ahead.

Equipped with a new competition law as of December 2015, Hong Kong has embarked on an ambitious journey to bring strong enforcement to one of the world’s richest, but smallest, territories. Charles McConnell watches the fledgling enforcer’s first forays into antitrust.

China takes down the walls

China’s three competition authorities announced in March 2018 that they would combine enforcement under one roof. Kaela Cote-Stemmermann and Charles McConnell look at how this merger has played out in its first year.

As Argentina touts economic reforms, its competition bar awaits promised changes that should boost its workload. Charles McConnell checks in with the antitrust porteños.

Thinking outside the toolbox

As competition law regimes have overspread the globe, Africa has long been labelled the last frontier of antitrust. But lawmakers in South Africa and Nigeria are defying that characterisation by shaping bold new competition regimes that challenge conventional international enforcement norms. Tom Madge-Wyld reports.