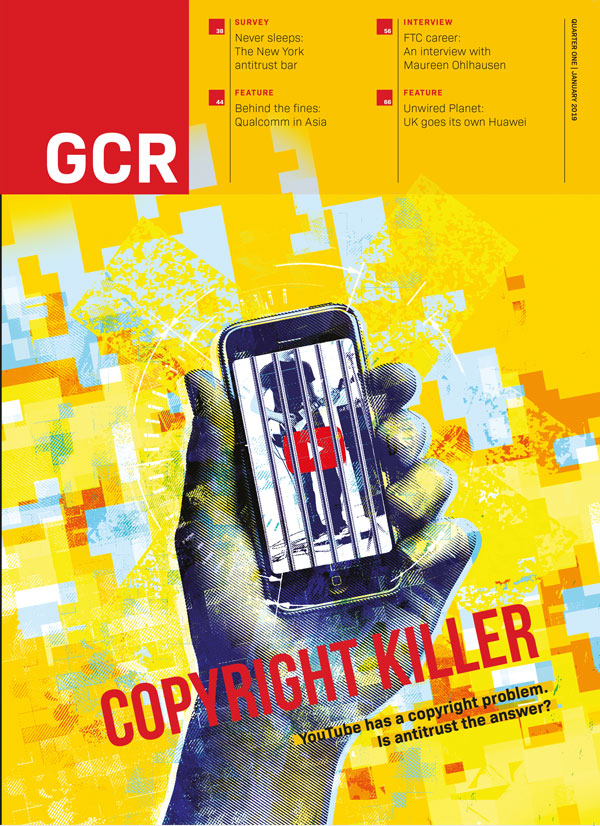 GCR held its second annual California conference on intellectual property and antitrust last May at the University of California in Berkeley. Cornerstone Research economist Matthew Lynde moderated a panel focused particularly on how Asian courts and competition enforcers are handling licensing in IP-intensive industries, including requirements to license on fair, reasonable and non-discriminatory (FRAND) terms. The speakers were Yingling Wei, a partner at JunHe in Beijing; Patrick Breslin, founder of Breslin Consulting in Washington, DC; and Arshad (Paku) Khan, a partner at the Indian firm Khaitan & Co.

In October 2018, a UK appellate court upheld an order for Huawei to accept a global patent licence from Unwired Planet based on fair, reasonable and non-discriminatory (FRAND) rates that the court itself had determined – or face an injunction to prevent the device maker from infringing two of the portfolio company’s UK patents. Tom Madge-Wyld digests the extraterritorial implications of that decision.

Maureen Ohlhausen retired from the Federal Trade Commission in September 2018, having spent a total of 18 years at the agency in roles ranging from being an attorney in the general counsel’s office to leading the FTC as acting chairman. She sat down with GCR USA reporter Kaela Cote-Stemmermann in November to discuss her career in competition law and policy.

As one of the world’s largest, New York’s antitrust bar boasts some of the best deal lawyers and litigators. Charles McConnell looks at the best of the BigApple.

Responding to Delrahim on IP

Since becoming the head of the US Department of Justice’s Antitrust Division in 2017, Makan Delrahim has made clear that he will blaze a trail in many areas, particularly intellectual property. Ben Remaly asked antitrust experts how Delrahim’s views could shape industries such as technology and healthcare; the impact his stance will have on the development of this area of antitrust law; and how the private sector is reacting to this new direction in enforcement.

Behind the Qualcomm fines

Qualcomm’s share of the myriad patented technologies that go into wireless devices – particularly mobile handsets – has put the company at the heart of the intersection between intellectual property and antitrust. Charles McConnell, Julie Jackson and Kaela Cote-Stemmermann focus on the US chipmaker’s legal woes in Asia.

Antitrust agencies see copyright protection as a key driver of a competitive, innovative economy. But musicians, record labels and other copyright holders say that Google degrades their intellectual property rights through a combination of market power, regulatory capture and political sway. Should antitrust enforcers step in? Ron Knox reports