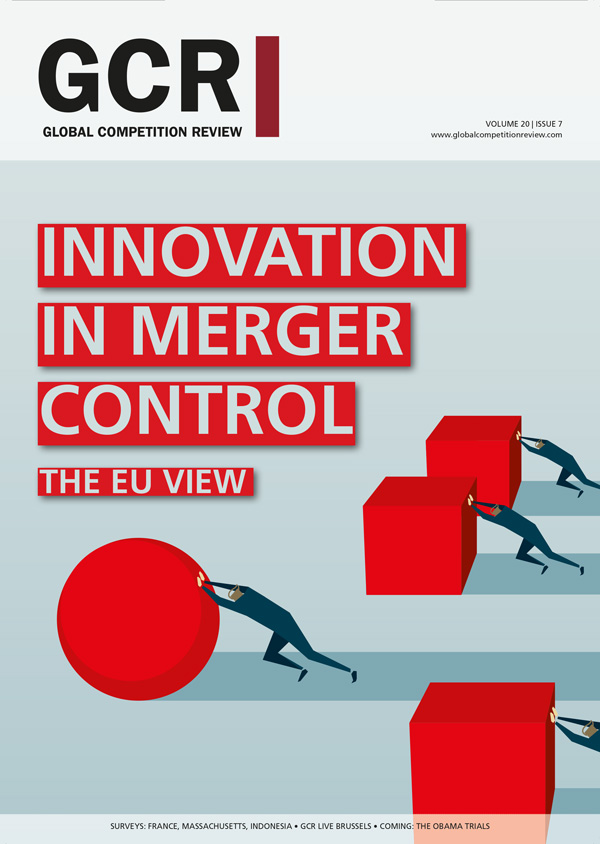 The French competition bar has been in a state of flux. The retirement of the old guard of established rainmakers in the last few years has opened up room for movement, leading to a handful of shake-ups that have been reflected in this year’s rankings.

Indonesia is one of the world’s most populous countries, yet it boasts a small competition bar. Ron Knox explores the best practices in the sprawling, sea-strewn country

It has been nearly 20 years since Indonesia shook off decades of dictatorship and emerged as a market economy with a fully-functioning competition enforcer. The Komisi Pengawas Persaingan Usaha (Commission for the Supervision of Business Competition, or KPPU) was armed with the country’s first competition law, but that law has proved less than ideal in the years since its passage. Now KPPU commissioner Kamser Lumbanradja talks to Ron Knox about the potential for sweeping legal changes

Indonesia enacted a competition law well before most of its fellow ASEAN members. Since then, it has been lapped by its neighbours, as its misguided law became rapidly outdated. Now, the country appears close to approving long-overdue reforms that would boost competition enforcement. Ron Knox explores the new law, and the roadblocks that remain

Boston maintains a core group of respected and accomplished antitrust lawyers. Charles McConnell took some time out of the sweltering Washington, DC summer heat to meet with the top practices in the Massachusetts capital.

The European Commission’s Directorate-General for Competition has renewed its focus on deals’ effects on innovation. At GCR Live: Brussels in July 2017, a panel of experts explored the issue.