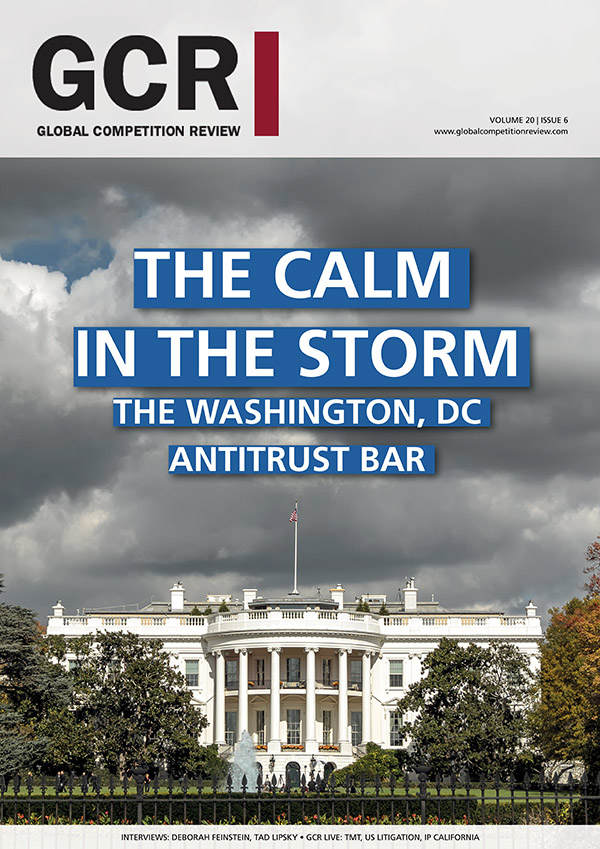 An interview with Deborah Feinstein

Deborah Feinstein, the director of the US Federal Trade Commission's bureau of competition from July 2013 to the beginning of March 2017, spoke to Charles McConnell in late April about her time at the commission. She also shared thoughts about pending legislation, divestitures in retail mergers, cooperation with the US Department of Justice's antitrust division and more

An interview with Tad Lipsky

The acting director of the Federal Trade Commission's bureau of competition, Abbott "Tad" Lipsky, sat down with Nihal Krishan in June to talk about advocacy, economics and where he sees antitrust analysis going wrong

As Washington, DC is roiled by political turmoil, its antitrust bar remains deeply rooted and largely stable - as well as the biggest and arguably most important in the world. Pallavi Guniganti and Charles McConnell review the merits of more than 40 competition practices in the US capital