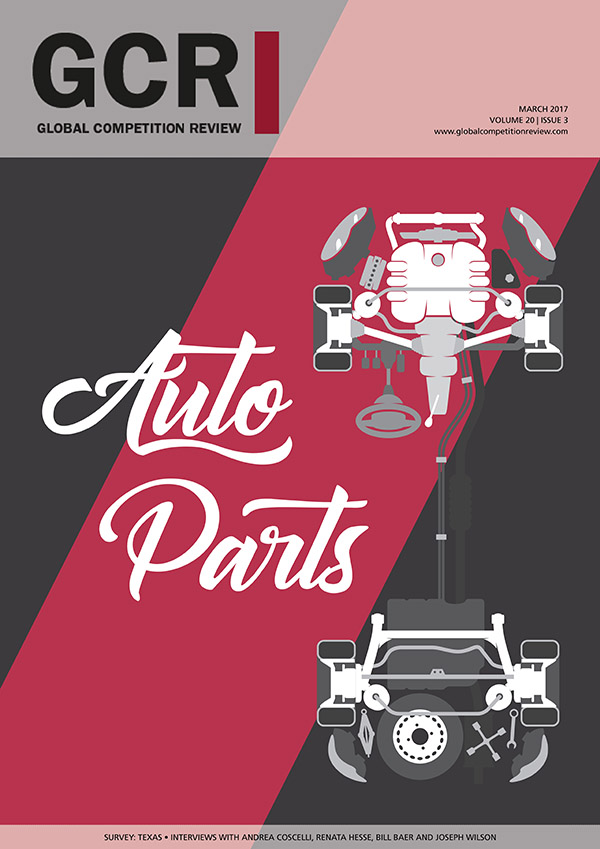 Even with the recent ups and downs of the energy sector, Texas trails only California in its level of economic activity, which keeps the state’s antitrust bar busy. Alex Wilts profiles Texas’s top competition practices

Doctoring antitrust: a look back and forward on physicians’ joint negotiation

Over the next year, US lawmakers will face the challenging task of writing and passing new healthcare legislation to replace the Affordable Care Act. So far, a senator has introduced a bill, echoing one previously sponsored by the new Secretary of Health and Human Services, that would immunise doctors from federal antitrust laws when they negotiate contracts with health insurers – an exemption that the US antitrust agencies have opposed for decades. Alex Wilts reports

An interview with Andrea Coscelli

Andrea Coscelli has been interim chief executive of the UK’s Competition and Markets Authority since July 2016, following the resignation of previous head Alex Chisholm. He spoke with Tom Webb in late January about how the agency has recently boosted enforcement, prioritised that work relative to its market investigations – and begun to look at the use of interim remedies

An interview with Renata Hesse and Bill Baer

Until 20 January, Bill Baer was principal deputy associate attorney general of the US Department of Justice and Renata Hesse was acting assistant attorney general for antitrust. They sat down with Charles McConnell on the day before President Donald Trump’s inauguration to discuss achievements, thoughts about former president Barack Obama’s executive order promoting competition, and more.

An interview with Joseph Wilson

After nine years, Joseph Wilson stepped down at the end of 2016 from his post as commissioner at the Competition Commission of Pakistan, of which he was a founding member. While he praised the commission for success in its early years as he spoke with Charles McConnell, Wilson leaves the agency unsure of what the future holds.