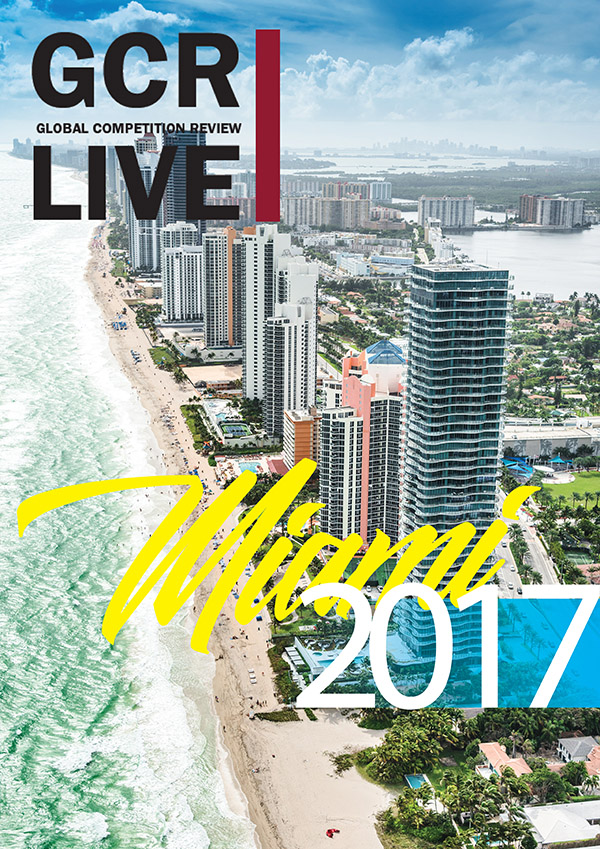 The issue of access to crucial interoperability information that is protected intellectual property, on which the European Commission’s case against Microsoft turned, is not “in any way relevant” to its case against Google, a head of unit in the enforcer’s policy and strategy directorate said last week.

A member of the administrative tribunal for Brazil’s competition enforcer last week said it has maintained mechanisms that free it from inappropriate public interest considerations.

Staples/Office Depot could have been the first case that defendants had won based on an efficiencies defence, the lead Federal Trade Commission lawyer on the case said last week.

Purchase price of divestiture may not indicate its viability, observers say

The low purchase price of assets being sold to remedy a merger should not mean that they are unviable, a former Federal Trade Commission official suggested last week.

Two recent US Federal Trade Commission merger victories turned on the use of bidding data, while two recent failed merger remedies would not have been cured by enlarging the divestitures, the agency’s director of competition said on Friday.

The American Bar Association’s antitrust section is adding two new task forces to address concerns about the inclusion of public interest considerations in competition enforcement and the divergence in international standards regarding abuse of dominance.

Baker Botts partner Stephen Weissman on Friday recounted his experience working on the Whirlpool/Maytag merger to explain that it is possible to persuade the US antitrust agencies to alter their market definition. Alex Wilts at GCR Live Miami

The UK Competition and Markets Authority is not the only place companies go to protest how commerce is changing, the enforcer’s acting chief executive said today.

Brent Snyder, the acting head of the Department of Justice’s antitrust division, said today that the agency has learned from recent criminal enforcement that it needs to slow its process for determining the breadth of leniency to grant an applicant. Pallavi Guniganti at GCR Live Miami

Feinstein: “I fear the day” US FTC is asked to consider jobs

The director of the US Federal Trade Commission’s bureau of competition said today that the agency is not equipped to factor employment into merger analysis.

During one of her first addresses as acting head of the Federal Trade Commission, Maureen Ohlhausen emphasised that one of her policy goals is to continue working with states to reduce barriers to competition. Alex Wilts at GCR Live in Miami